On September 15, 2020, Doctor Akikur R. Mohammad, a California resident and drug treatment facility owner, pled guilty before the U.S. District Court of New Jersey for violating the Eliminating Kickbacks in Recovery Act (“EKRA”), one of the country’s first convictions under this statute targeting opioid kickbacks. Enforcement under EKRA can help shed light on questions remaining concerning the statute’s broad definitions, particularly around laboratory services, and its application in light of other federal laws such as the federal anti-kickback statute (“AKS”). Thus far, known enforcement cases under EKRA have focused on opioid and drug treatment cases.

EKRA was designed to combat the opioid crisis, but in its haste to passage, the definition of “laboratory” was not sufficiently limited to those involved in substance abuse testing. The omission has cased a great amount of speculation about the DOJ’s enforcement intentions.

The full extent of EKRA’s implications still remain uncertain. Most open questions circulate around its application to clinical laboratories, but Dr. Mohammed’s guilty plea, as well as earlier enforcement in other jurisdictions have focused on opioid and drug treatment. Such experiences suggest DOJ is focused on EKRA’s intent and inclusion in the SUPPORT Act, despite potentially broader statutory language. That said, such focus does not ensure that it will not be used more broadly in the future. This plea does signal an increased focus on EKRA enforcement by DOJ moving forward. Future enforcement may provide further certainty around EKRA’s applicability to non-opioid-related lab and other services, as well as answer other questions about how the AKS safe harbors and EKRA interact.

You can read the DOJ Press Release here. 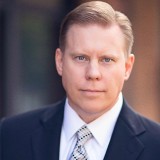 Wade Emmert is a board certified health law attorney with more than 25 years of experience. He is a partner in the Dallas law firm of Carrington, Coleman, Sloman & Blumenthal, L.L.P. Please contact Wade at (214) 855-3040 or at wemmert@ccsb.com.

Wade is a board certified health law attorney with more than 25 years of experience. He is a partner in the Dallas law firm of Carrington, Coleman, Sloman & Blumenthal, L.L.P. Please contact Wade at (214) 855-3040 or at wemmert@ccsb.com.